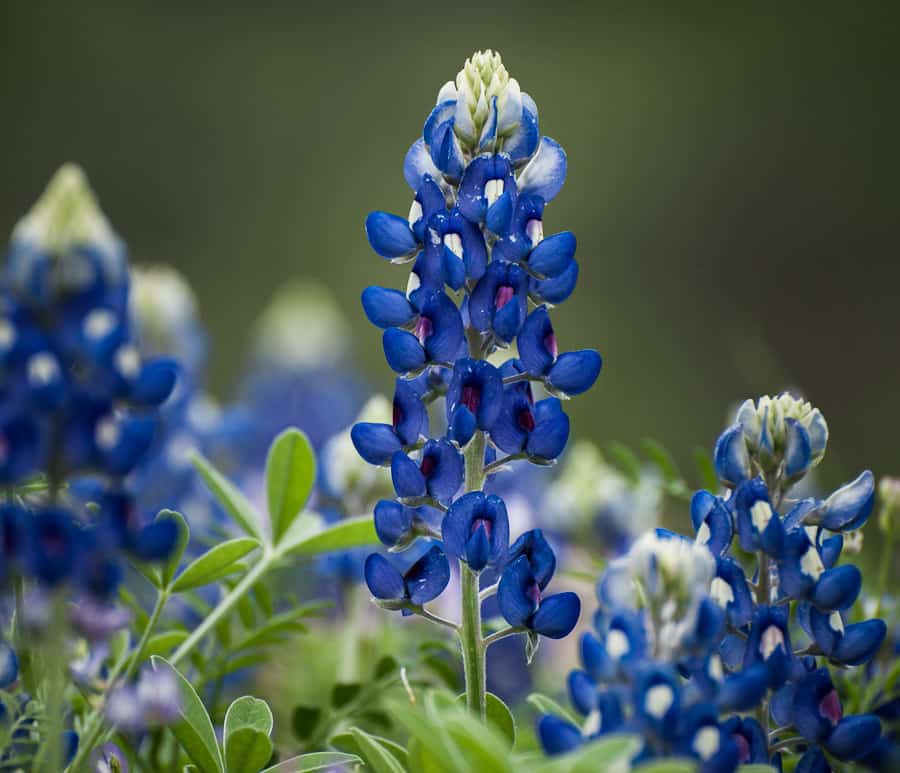 As a Texas based company, Sign-Express takes great pride in Texas state history. So we ask you, do you know the history of the Texas bluebonnet?

When the legislature decided it was time to select a state flower, a heated debate began. Some spoke in favor of using the cotton boll since cotton was heavily produced in Texas at that time. Others wanted the cactus for its hardiness and its beautiful orchid like flower. The ladies of The Chapter of the Colonial Dames suggested the bluebonnet. On March 7, 1901, Texas officially adopted the Lupinus subcanosus variety of the bluebonnet as the state flower.

Given its name for the rich blue color and the shape of the petals resembling the bonnets worn by pioneer women, the flower blooms in the early spring and can be seen throughout central and south Texas along roadsides. As part of the Highway Beautification Act, Lady Bird Johnson encouraged the planting of native plants along Texas highways and road ways after she left the White House.

The bluebonnet has become a major symbol of Texas much like the state flag and the “Lone Star State” motto. There is an official bluebonnet tartan, song, city (Ennis, Texas), festival (Chappell Hill Bluebonnet Festival), and trail (located in Ennis, Texas). “The bluebonnet is to Texas what the shamrock is to Ireland, the cherry blossom to Japan, the lily to France, the rose to England and the tulip to Holland,” Historian Jack Maguire wrote.

Despite common belief, it is not against the law to pick bluebonnets; however, it would be in everyone’s best interest to leave them where they are for all to enjoy their beauty.
Reference:

About the Author: Richard James

Richard James has worked in the national LED sign industry since 2006 with most of his concentration on back-office information systems and marketing. As Vice President of a major national sign company for over six years, Richard built a powerhouse sign company focused on superior service and products. In 2015, Richard was named partner and Vice President of Sign-Express where they will provide the same great services and signage solutions nationwide.